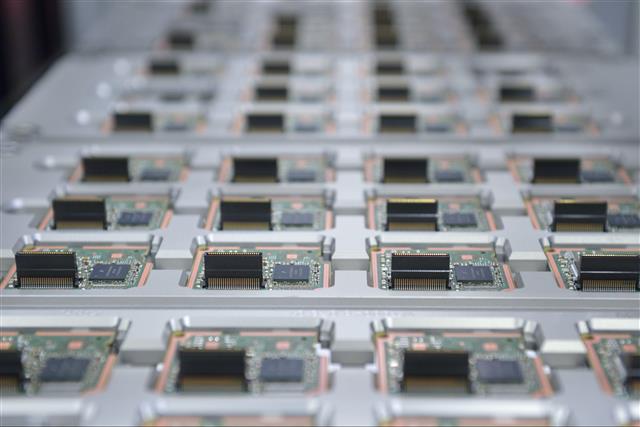 Semiconductor startups are having an easier time raising funds amid the venture capital winter, as there are signs of a renaissance of silicon, a trend that has accelerated in the wake of the plateauing of Moore’s Law.

The alliance of US venture capital firm Mayfield and Silicon Catalyst has been announced recently, that Mayfield will invest capital in and provide mentoring to the majority of seed-stage companies admitted to the Silicon Catalyst Incubator/Accelerator and evaluate them for follow-on investments.

“It is exciting to know that most seed stage companies will be eligible to receive $150K at admission into the Silicon Catalyst program as a result of our alliance with Mayfield,” stated Pete Rodriguez, Silicon Catalyst CEO. “Furthermore, this will allow startups to hit the ground running in conjunction with free shuttle runs, design tools, and IP from our more than 60 in-kind partners which include TSMC, Synopsys, and ARM.”

Over the last five years, Mayfield has partnered with the founders of Alif Semiconductor, Frore Systems, Fungible, Graphwear, NUVIA (acquired by Qualcomm), Recogni, and a couple of stealth startups. This follows the firm’s 50+ year track record of investing in iconic semiconductor companies such as Cypress, Inphi, LAM Research, LSI Logic, MIPS, Qtera, S3, and Sandisk, according to the press release.

“It is an honor to partner with Silicon Catalyst to nurture the wave of entrepreneurs bringing silicon back to Silicon Valley,” said Navin Chaddha, Mayfield Managing Partner. “The Silicon Catalyst team has been unwavering supporters of entrepreneurs across the semiconductor ecosystem, spanning photonics, IP, MEMS, sensors, materials, and life science innovation teams worldwide. They have their finger on the pulse of the major societal trends and technology inflection points that are powering this renaissance. Together, we are excited to watch many industries being revolutionized by the new wave of semiconductor startups.”

As these incubated companies progress through incubation, they will be eligible to apply to Silicon Catalyst Angels and additionally receive matching investments of up to $250K per company from our new alliance. Finally, startup companies that received these investments and execute their plans will be at the top of the pipeline for future investments through Mayfield’s regular investment funds.

Ernst & Young (EY) venture capitalist leader Jeffrey Grabow wrote recently that due to inflation, rising interest rates, and geopolitical uncertainties, the venture capital marketplace has slowed in 2022, and it will likely remain cool in 2023.

Grabow advised startups three ways to stand out – be indispensable, not discretionary; be capital efficient and able to thrive in good times and bad; businesses to benefit from sustainability or clean energy. Those characteristics very much fit the nature of semiconductors, which are used in every possible device, and have been adopted in solutions that aim to reduce power consumption or are used in Internet-of-Things (IoT) applications for carbon-emission data capture and more.